Just a gentle reminder for anyone feeling a little blah about themselves, or life, or how “themselves” are doing life:

Here is the next installment of Landscape With Figures, the unpublished manuscript of my grandmother, Beatrice Allen Page:

“Came upon a woman sitting on a camp stool by the side of the road, easel set up in front of her, painting the harbor, which was bright blue today and tufted with little white sales. The picture was almost finished and it was clearly the work of a novice although the woman must have been in her sixties.

She had heard my approaching footsteps and as I was about to pass her, she looked up with a disarming smile and said, ‘It’s pretty awful, isn’t it? I’ve only been painting for about six months.’ And then she went right on to save me the embarrassment of an answer: ‘But I just love it. I see so much that I never saw before.’

Her enjoyment and friendliness were catching and we chatted for several minutes before I went on and left her to finish her picture.

I suppose I’ve always been a little scornful of the amateur artist who plays with his or her talent when he’s or she’s in the mood (I wish there were a pronounce that applied to both sexes) and knows nothing of the self-discipline, the hard work, the ‘agony and the ecstasy’ of the professional.

However, when I think of that woman painting her ‘pretty awful’ picture with such zest, I realize I have undervalued the amateur. As the word conveys, and as she remarked, she ‘loved’ what she was doing. Years ago I read somewhere, or perhaps someone said it to me, a sentence that comes back to me now: Whatever is done with love endures.

That woman’s painting will obviously not endure as art but I have a feeling the act of painting it may endure in some indirect way. It is developing her perceptiveness, increasing her joie de vivre. That joy within herself may spill over onto others – some of it spilled onto me. As a result, later in the day when a man beat me to the one available space in a parking lot over in town which he could clearly see I was aiming for, instead of scowling at him, I smiled affably. He in turn, as a result of my amiability, may have behaved more sympathetically toward the employee he had perhaps meant to bawl out, who in turn my have gone home after work and patched up a quarrel with his wife. And so on and so on. Granted I’m being a little fanciful; who is to say that the joy of one human being in painting a picture, no matter how bad, is not a contribution to other lives?”

I was looking through some folders on my computer and came across this memory. After we put my dad into a dementia care facility in 2011, my mom decided that maintaining their 23 acres was more than she could manage, and she put the house and land up for sale. While I hadn’t particularly loved living out in the GFW (God Forsaken Wilderness) because of the 25 minute drive to town, I had loved our back woods. As a kid, I dubbed them Terabithia, after the magical land in Katherine Patterson’s book Bridge To Terabithia, and it was the place I went when I needed to process events in my life. As I grew older and moved into high school and college, it continued to be a place of refuge, and I would take paper and pen out to the woods and write out my grief, my fear, my hope, and my joy, then I’d put the writing in glass bottles and bury the bottles under leaves near certain trees.

Knowing that they were still hidden out there, I decided to leave an explanation for the next owner. I don’t know if he ever found this or any of the old bottles, or what his reaction was, but this is what I left for him: 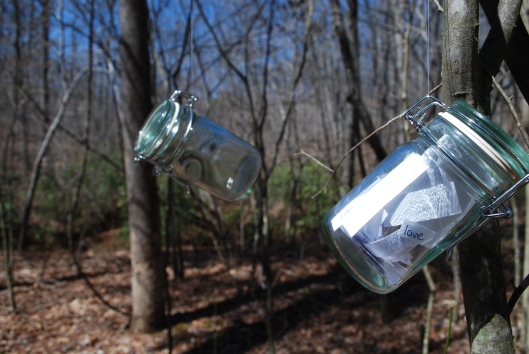 I just got back from a 10 day trip to New England and back with my mom and S. As part of our trip, Mom and I decided that we were going to scatter some of my dad’s ashes in the same waters that we had scattered his parents in. My aunt and uncle and cousin (and her family) all live in Hyannis Port, MA just down the street from the pier, so we asked them to join us.

They didn’t currently have any boats in the water, so we just headed down to the end of the pier with our little baggie o’ Dad. My aunt had very sweetly picked up some roses so that we could sprinkle petals, too, and I love that she chose red – vibrant and cheerful like my dad had been. 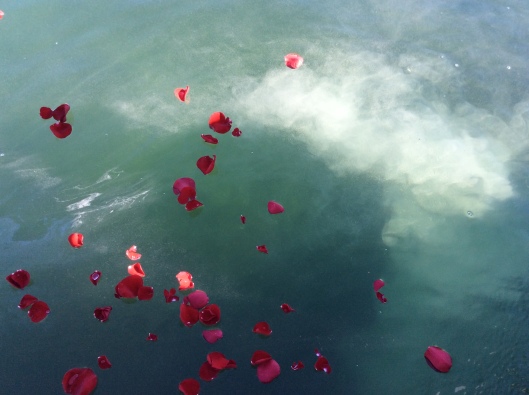 We said a few words about who he had been, and I was blown away by something my uncle said. He said that, growing up, he had viewed the world as kind of a hostile place, and he’d battled through it accordingly. He said that it wasn’t until a few years ago that he’d realized what an act of courage it had been for my dad to remain so kind and loving. It was an excellent reminder to me that I want to be brave like that; to forgive the world for its cruelties and look for the joy and hope where it can be found. There’s so much beauty calling to us if we just pay attention. The trail of ashes and flowers washing away from us was so appropriate: life’s most painful and beautiful experiences mixing and mingling and leading us forward.

After we scattered some ashes at the pier, we walked down to the breakwater where we used to hide pennies when I was a kid. My mom and dad and I would walk as far down as we could manage over the haphazardly strewn rocks to hide the pennies, and when we’d return the next year, we’d hunt for the ones we’d left the year before in the unlikely event that they hadn’t been washed away by storms. And then we’d leave some more pennies in hopes that we’d either find them next year or give an unexpected surprise to fellow beach goers.

We sprinkled a few more ashes there, and hid a few more pennies, and, again, it reminded me to look for the unexpected joys hiding in plain sight.

Life will throw all kinds of obstacles our way. It’s our job to scramble over them and hunt for the little miracles tucked away, then leave some reminders for the people that follow behind us.

Dad, I wish you were still here so I could tell you that I’m paying attention and choosing to look for the light. #penniesfornick 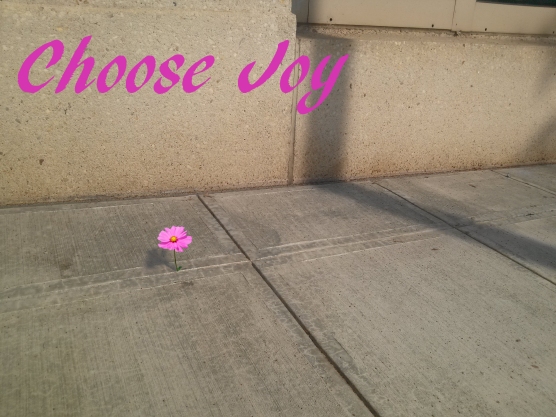