In my effort to not leave you totally hanging while I’m living the good life as the youngest person on a boat cruising down the Seine for the next couple weeks, I’m randomly posting some of my paintings for your viewing pleasure. Several years ago, I photographed a group of young dancers to paint from, and I let them all name the paintings. This little dancer had a flair for the dramatic. She chose to call hers “Searching for My Soul.” 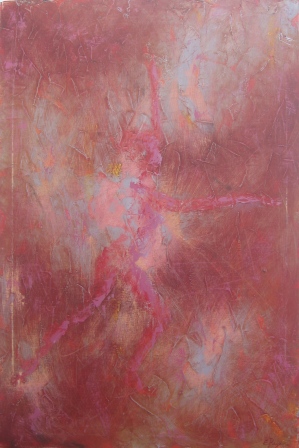 While I’ve been posting a lot of fun merchandise with my art on it, I haven’t highlighted any of the dance art yet. Here’s where I remedy that. As you’ve probably already seen, I’m offering a calendar with some of my dancer paintings, but I’ve also created several black and white dancer “sketches” and added them to all kinds of cool stuff on RedBubble and Fine Art America. Click on the caption below each picture to purchase and/or see more options: 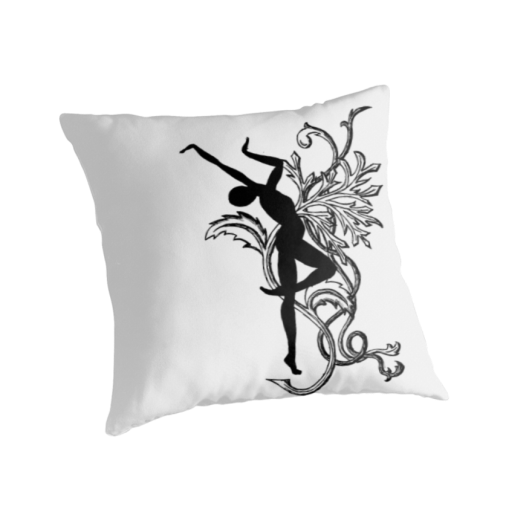 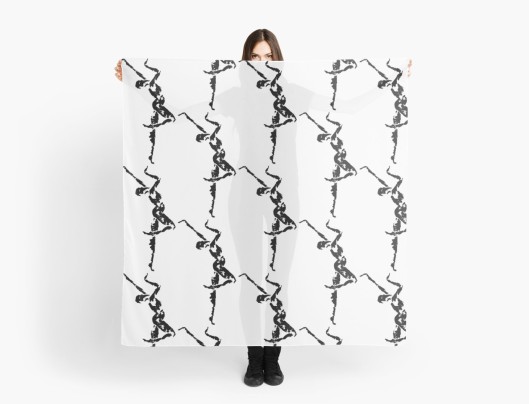 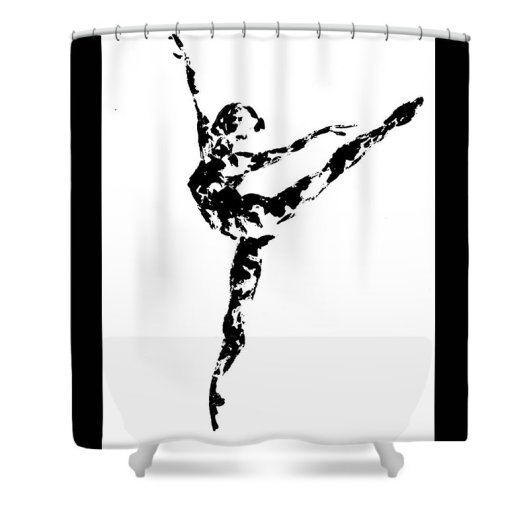 Arabesque Onsie for your future dancer!

Guess what?! I ignored my artistic hatred of Black Friday and offered a deal! *gasp* And then I was lazy and used the exact same coupon code for Cyber Monday. Same deal, different day. This is officially your last chance to take advantage of said deal. Until 12/2/16, I’m offering 20% off of any purchases of $150 or more. I KNOW. Just use the coupon code BlackFriday2016 to save! Shop now at http://shop.emilypageart.com/ and wake up your walls!

I finally got my butt in gear and created a calendar featuring my dance art and some fun quotations. I’ve been talking about doing it for years, and really, I waited until just about the last possible minute, but I did it. Yay me! Anyway, here is a link to said creation. If you know anyone who might be interested (a dancer, and dance enthusiast, a dance parent, the queen – don’t ask me which queen, but surely one is a dance buff since they’re all culture-y and stuff) please pass this on to them: https://www.createphotocalendars.com/Store/Dancers+2017-2343896905 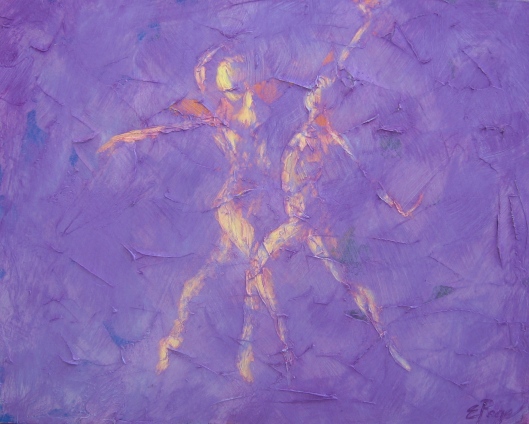 Obviously, I’ve been watching So You Think You Can Dance (SYTYCD) again this season. While I love it, it makes me miss my grandmother, Muddy, terribly. Before she met my grandfather, Muddy (Beatrice Allen) was a dancer. In fact, she met my grandfather while she was in Germany touring with Ruth St. Dennis. When she decided to settle down and get married at the ripe old age of 19, she gave up dancing professionally and got rid of all of her photos and other mementos from her dancing days. This, obviously, saddens me because I’d love to see that stuff. But what saddens me more, and what makes me miss her more acutely, is watching the dance shows on TV now, particularly SYTYCD. The variety of styles you get from the myriad of choreographers would, I think, overwhelm her, delight her, sharpen her. When you look at what these dancers are capable of now compared to what was asked of them in her early dance years, it reminds me of looking at footage of early gymnasts compared to now. Hell, to be a dancer now, you have to also have a pretty good arsenal of gymnastic tricks, too. If you don’t have a front aerial, you’re going to have a hard time working.

But I just wish that she were around now so that we could watch together and discuss what we were seeing. I would love to share that with her because I know her insight would be incredible. As you’ve seen on this blog from the Mondays With Muddy posts, you know what a thoughtful and thought-full person she was. I know she would have helped me see each dance, dancer, and choreographer from a different angle. I know it’s just a reality show, but there is real art happening there.

Having moved away from doing so many dancer paintings, I think maybe I’m feeling the gap between Muddy and myself more acutely than normal. So perhaps it’s time to figure out how to revisit that work in a new way. I’m thinking maybe I need to combine the realist work with dance imagery. Still trying to flesh out what that will look like, but definitely a direction I want to pursue.

As an aside, be sure to read next week’s Mondays With Muddy post. It’s my favorite from the whole manuscript, and, indirectly, talks about the first time people said she was a good dancer.

As a young artist fresh out of college, I was told by multiple galleries that I needed to “pick a style.” Every time I showed them my portfolio, that’s what they told me. My art had too big a range for them to consider me. They didn’t know how to represent me. Having worked in art galleries since then, I understand their point of view. They need to know that I will continue to produce work in a style that sells for them. The problem with this, though, is that it doesn’t suit my personality as a person or an artist. I have too many ideas that make my brain itch and twitch, and there isn’t one style that can encompass all of them. My hands and my brain get bored repeating a single formula in a variety of ways.

This is not to say that there’s not a benefit to being forced to create series of works that can be grouped together. I have found great reward in creating first the Thanatology series, then the dancers, then the works about dementia, and now the realist work. But I like to dip my toes into other art forms and styles periodically to test the water to see what the next new series will be. I also like having the freedom to revisit past series when a new idea comes along, like when I did a the new dancer painting by letting you all “crowd source” each stage. And when you do several pieces in a certain style, you can start to get followers who look for that particular work.

I was watching So You Think You Can Dance (SYTYCD), and it occurred to me that their all-stars must be, in some ways, like me. The fact that they return to the show means that they enjoy dancing outside of their “own styles.” They like to stretch, literally and figuratively. And each new style, each new dance, each new partner helps grow their abilities and add to their repertoire. And so it is with me. For example, taking watercolors along on my trip down the Danube helped me expand my own artistic vocabulary. I have a feeling I’ll return to them periodically, particularly because there are so many more styles to try within that medium. Branching out and illustrating my friend’s children’s book was a new way to stretch for me, and makes me think that I would actually consider someday illustrating the beautiful stories my grandmother wrote for my dad and uncle.

There are just so many possibilities with art.

Sometimes I get overwhelmed by them all, because I want to do everything, make everything. When I see an artist whose work I like, I mentally file the style for use later to express my own ideas. And there just isn’t enough time in the day to work a job, promote the art I’ve already made, and make everything that I want to make. That being said, I’m grateful that I’m living in the technology age, where I’m not dependent upon galleries to represent me in just one style. I can throw everything on my website, SYTYCD style, including the stuff that doesn’t fit neatly into a single body of work. I call that stuff my untamed art. I can promote various styles and subjects through various online venues. But I get bogged down in the tedium of promotion. I just want to create, and I want a fairy godmother who will magically find homes for my creations. Le sigh.

I have a slight addiction to dancer art. I blame Degas. I work in a style totally different from his, but I still LOVE painting dancers. There’s something about trying to capture movement in a static form that really interests me. Plus, bodies are cool, and funny, and horrifying, and amazing. If you have a body, chances are that I would like to paint you. Anyway, I’ve amassed quite a collection, so I’m going to start posting my work weekly for your viewing pleasure. Depending on whether you like dance art: you’re welcome or I’m sorry. Except I’m not sorry. Because DANCE!