Do any of my other geeky friends remember the Star Trek Next Generation episode, The Game? I’m pretty sure we’re living that episode right now. The hubs and I went to lunch today and the plaza was full of people playing Pokemon GO. Dozens of people wandering around in packs with their phones raised tracking the next prize or whateverthefuck you’re supposed to find. They weren’t speaking to each other, just wandering around looking dazed. Based on the Star Trek episode, I’m pretty sure we’re about to be taken over by aliens, and based on the continued popularity of the Kardashians, we know exactly which species of aliens it will be.

The hubs did actually read a few posts that night  that he said he needed something to put him to sleep, but he has yet to read any more, and it’s been almost 2 weeks of hilarity and geniusiosity (I’m so brilliant I come up with NEW words…deal with it). So, I’m forced to spread more lies about him on this, the internet. Here is lie #5:

My husband is secretly a Cardassian, bent on bringing our civilization down. For those not familiar, the Cardassians are a race of humanoids on Star Trek: The Next Generation who are bad. Very, very bad. And unreasonable. And they’re hell bent on destroying us and bringing down society as we know it. They are not to be confused with the Kardashians of our modern era, though I think the same could be said for them. 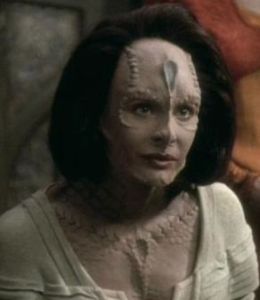 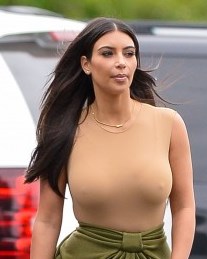